Hit the road… but don't be surprised if it hits back

Uh oh, I thought, when actors Lindsay Duncan and Sophia Myles first opened their mouths, and out came Southern-fried accents. Duncan is from Edinburgh and Myles is a Londoner and if there’s anything that listening to too many BBC Radio 4 afternoon plays has taught me, it’s to be wary of Brits doing American.

And maybe neither of them is entirely on target vocally 100 per cent of the time. But there’s no doubting the performances, Duncan’s in particular, in what feels like the very satisfying last act of an intensely fraught drama about a mother and daughter heading off to a correctional facility where the man who killed a family member is about to be executed.

Another “uh oh” springing to mind – when a Brit director locates their short in the US, too often the result is a film relying on calling-card pyrotechnics rather than dramatic rigour or heft.

But writer/director Charlie Manton’s November 1st is in fact a rigorous, hefty work with a lovely final payoff – no, no spoilers – that sees Duncan and Myles’s mother and daughter do little more than share a car journey, have a fraught meal in a roadside pull-in, spend the night in a shabby motel, before heading for the penitentiary, sniping all the way.

The arguments are never quite fully formed, in the way they’re often not in real life, but revenge and redemption, guilt and innocence, and qualms about the morality of legalised killing are in there, along with decades of pain – this murder happened back in the 1980s – and how that pain disfigures both the survivor (the mother) and those who stand by and watch (the daughter).

This collision of logic and emotion, animal rage and rational humanism, is at the heart of a story about a journey towards “closure” and what that actually means.

Treating the short as if it’s the last third of a film forces the actors to go from 0-60 in an eyeblink, but they pull it off and soon any qualms about accents and authenticity have been banished to wherever this drama was shot. You could tell me it was Florida and I’d believe you. I’d also believe Norfolk – its flatness and big skies double well.

DP Molly Manning Walker shoots dark and flat and close up on the actors. Handy when cash is tight but it does really throw the onus on the actors, who really need to deliver. Duncan and Myles both do, in an angry yet subtle drama of surprising complexity. 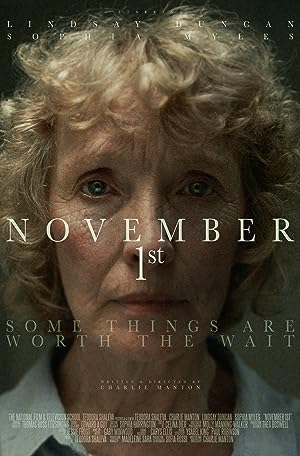