Review - The Avengers: Series 5, Episode 5 – The Bird Who Knew Too Much Ron Moody plays the owner of the parrot Caruso

Even being kind The Bird Who Knew Too Much is a fairly crap episode of The Avengers, a half-hearted rewrite of an Alan Pattillo story by Brian Clemens.

But it gets off to a quirky enough start – a man on the run is shot and, instead of shedding blood, gives out a little trickle of bird seed. Steed Fancies Pigeons: Peel Gets the Bird is what the irritating subhead card reads before action recommences after the credits with another one of “our” gang – a pigeon keeper (a “fancier” in the terminology) – winding up  backwards in a tank of wet cement. “He was a pretty solid sort of man,” Steed later explains to Peel as the two get their sleuthing into gear. “Still is,” quips Peel back at him. Terrible joke.

Bird-themed death number three is the “partner” of the “solid” dead man Frank. Whether it’s a life or business partner we never get to find out because he too is soon dead, but not before he’s pointed the finger of suspicion at one Captain Crusoe, or it might be Caruso, depending on who’s speaking (the imdb says Caruso – “uncredited”).

Peel heads off to a shop specialising in birds, to meet a man called Twitter (John Wood), a Clemens eccentric with a sidekick (which is as good an indicator of villainy in The Avengers as a black hat used to be in the westerns) played by Anthony Valentine, shockingly youthful if your memory of him is as the louche Raffles in mid-1970s TV.

Steed meanwhile is at the studio of a photographer (Kenneth Cope), a vague relation of every David Bailey-like 1960s snapper – chirpy, demotic, not over-burdened by any artistic imperative – where he is soon doing a bit of impromptu modelling, thanks to a mix-up. Mrs Peel gets her turn later.

Mr Caruso is a parrot – and I’m going with Caruso: he sings, like the operatic tenor, though the spelling Crusoe works too, if you’re thinking Robinson Crusoe. This is a plot twist I’d not normally give away but it’s so obviously flagged that you wonder what on earth they were thinking. Caruso is implicated in aerial photography of a clandestine sort. Er… the end.

It’s not much of a plot, with no real surprises. But there is joy to be had from the supporting characters. Look at the expression on Diana Rigg’s face every time she has a scene with Ron Moody, playing the owner of Mr Caruso, an eccentric professor who teaches birds to speak – she looks absolutely delighted, as if the two are old friends catching up.

Kenneth Cope is bang-on as the swinging photographer, more or less warming up his “deceased” role in Randall and Hopkirk (Deceased), which would go into production a year down the line. And Anthony Valentine, long streak of piss though he is, does manage to spin a bit more Raffles suaveté into his performance as the episode wears on.

Look out for what might be called the Clemens Moment – this is the point when a highly trained and hugely competent, smart and alert operative does something utterly stupid, simply to move the plot along. In this case Emma goes back to the photographer’s to steal the parrot and, hearing a noise in the darkroom, investigates, as if offering herself up for a chloroforming.

Roy Rossotti, in his directorial debut in any field, applies lush cinematic touches he must have learned as a second unit director for David Lean on the ravishingly good-looking Dr Zhivago, and it really helps unify an episode whose separate parts – the bird, the photographer – don’t quite gel. 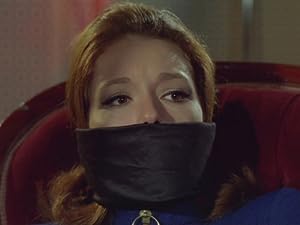 The Bird Who Knew Too Much (1967)
51 min|Action, Comedy, Crime|10 Mar 1967
7.2Rating: 7.2 / 10 from 79 usersMetascore: N/A
Two spies have obtained information about a secret missile base which they are passing to the other side, via a person known as Captain Caruso, whom the Avengers are charged to locate. In ...
Director: Roy Rossotti
Creator: Brian Clemens (teleplay), Alan Pattillo (story)
Actors: Patrick Macnee, Diana Rigg, Ron Moody, Ilona Rodgers